SUITABLE FOR ALL TYPES OF TRANSPORTATION

By land or sea.

The growth of international trade has been putting companies under increasing demands, resulting in a need for solutions that safeguard and protect their products effectively.

It is essential to avoid costly damage during transport in a way that is easy, quick, economical and environmentally friendly. 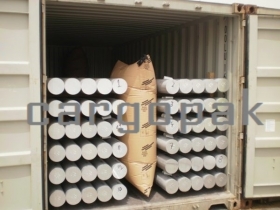 Inflatable bags are particularly suitable for securing cargo in containers.

Transporting a container often involves a combination of transport by truck, ship and train. Therefore, it is extremely important to take into account the different forces to which the load may be exposed when in transit.

The airbags hold the goods in place and safely inside the container as they assume the exact shape of the gap between the load, filling the empty spaces between the goods. 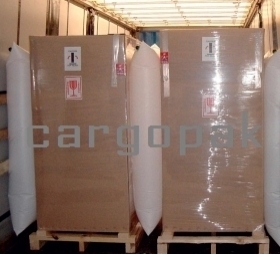 Tight or round bends and sudden braking – it is in these situations that the characteristics of the air bags actually come into play and protect the load and the truck from damage. Its flexibility becomes even more important when it is necessary to load and / or unload the goods several times on the same trip. 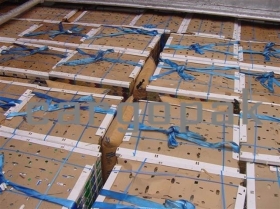 The airbags must be strong enough to withstand even the most extreme tension forces, to protect the cargo against damage during transport. The special paper that makes up the outer layer of the airbags has a high resistance to shock, even when wet. A high friction value guarantees the safety of the cargo even at very long distances and in rough seas.

For several years products such as fruit, meat, frozen fish, paper spools and many others have been put safely in the basements of ships using our inflatable airbags. 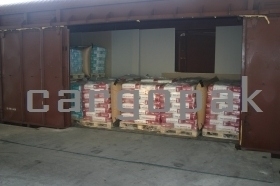 The forces released during the engagement of the wagons are powerful – metal against metal – and it is essential to keep the loads safe. Bates Cargo-Pak inflatable airbags cushion the sudden jolts of wagon engagement as well as the tremors and vibrations caused by rail joints and line changes, protecting cargo easily and efficiently.